Following the Winter Showcase and Holiday Break, the Go-Go will return to action with a reset record to host the Motor City Cruise on December 27 and 29 in D.C. During the regular season, Capital City will host a Western Conference opponent for the first time since the 2019-20 season when the Austin Spurs visit on January 4 and 6. The Go-Go will also host the Texas Legends from the Western Conference on March 17 and will conclude the regular season by hosting the Westchester Knicks on March 25.

Capital City will make its first-ever trips to play the G League Ignite (March 3) and Mexico City Capitanes (March 5 & 6) during the team’s longest stretch of road games during the season, which concludes with a back-to-back in Lakeland against the Magic on March 11 and 12.

The Go-Go will host their annual STEM & Basketball game on February 15 against the Westchester Knicks, tipping off at 11:30 a.m. Capital City will also host afternoon games for all Sunday home games, with 3:00 p.m. tips against the Raptors 905 (November 6) and College Park Skyhawks (November 27) and a 1:00 p.m. start against the Greensboro Swarm on December 11.

Capital City will continue the Go-Go Season Pass for the 2022-23 season, which includes a ticket to each home game, allowing fans to enjoy the entire season for one low price. Fans interested in the new Go-Go Season Pass, STEM & Basketball game, or any home dates are encouraged to call (202) 864-4350 or email ticketsales@capitalcitygogo.com for more information.

About the NBA G League

The NBA’s official minor league, the NBA G League prepares players, coaches, officials, trainers and front-office staff for the NBA while acting as the league’s research and development laboratory.  Featuring 30 teams, 28 with direct affiliations to NBA franchises for 2022-23, the league offers elite professional basketball at an affordable price in a fun, family-friendly atmosphere.  54 percent of all NBA players at the end of the 2021-22 season boasted NBA G League experience.  In fostering the league’s connection to the community, its teams, players and staff promote health and wellness, support local needs and interests, and assist in educational development through NBA Cares programs. 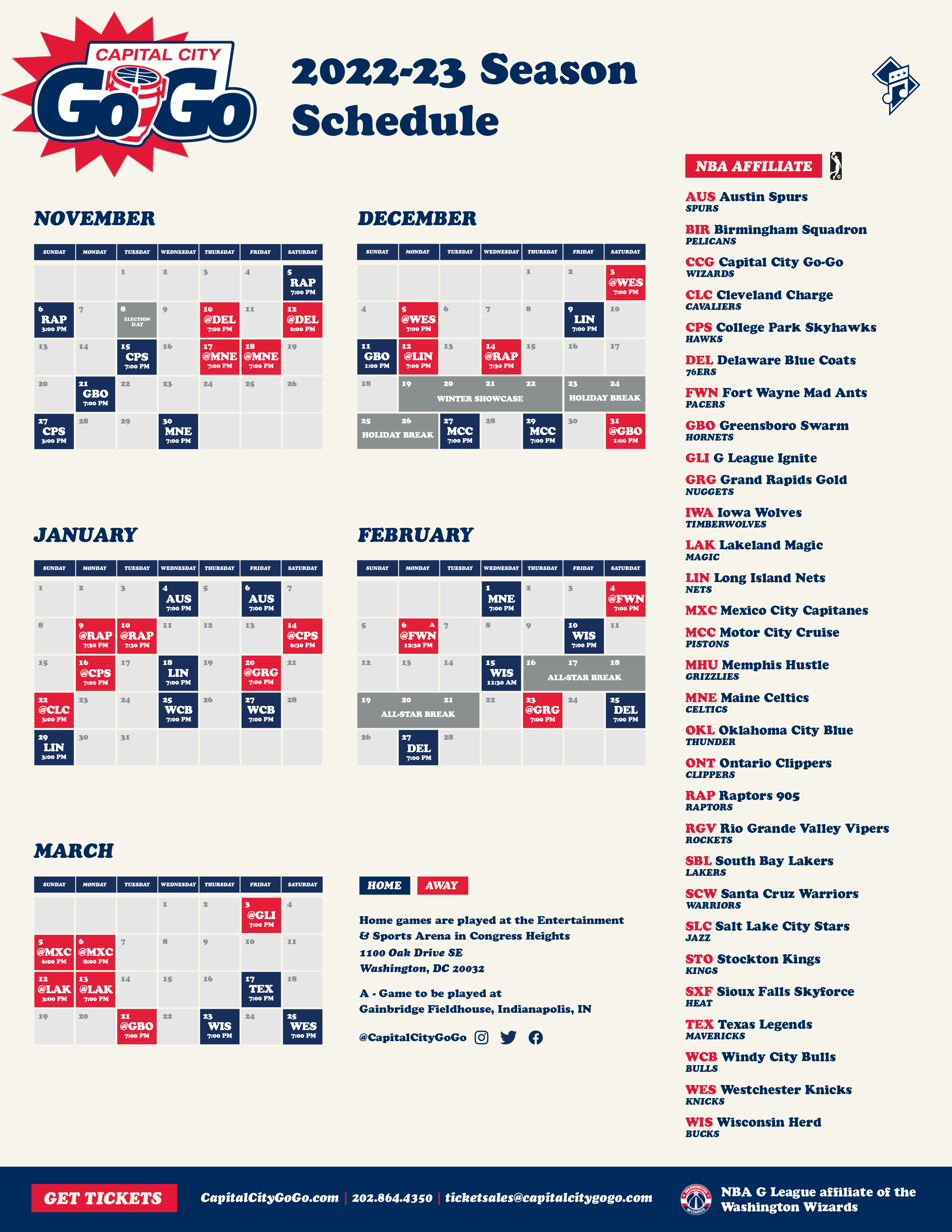