Capital City made three selections in the draft, beginning with Jalen Hudson from the University of Florida with the seventh overall pick. Hudson, a 6-6, 192-pound guard averaged 9.3 points and 2.9 rebounds per game his senior year with the Gators and 15.5 points while shooting 40.4 percent from the three-point line his junior season.

The Go-Go selected Matt Kenyon with their second first round pick, the 19th overall in the draft. Kenyon, a 6-5, 175-pound guard from Australia, averaged 11.6 points and 5.6 rebounds for the Dandenong Rangers of the Australian National Basketball League in 2019.

Capital City rounded out its draft with the selection of Tre Kelley with the 42nd pick of the second round. Kelley, a 6-0, 187-pound guard from the University of South Carolina, has played five total seasons in the NBA G League with Austin and, most recently, Sioux Falls during the 2015-16 season.

The Go-Go will carry 17 players into 2019 training camp (including two-way players), including Phil Booth, Jalen Jones and Anzejs Pasecniks, all of whom participated in training camp or preseason with the Washington Wizards in the last month.

The Go-Go will have four local tryout players at training camp, including Maxie Esho (Upper Marlboro, Md.), Jamall Gregory (Washington, D.C./Coolidge HS), Stanford Robinson (Landover, Md.) and Tyrrel Tate. The roster will be rounded out with the three players selected in the draft this afternoon.

The full team’s roster for training camp is listed below. 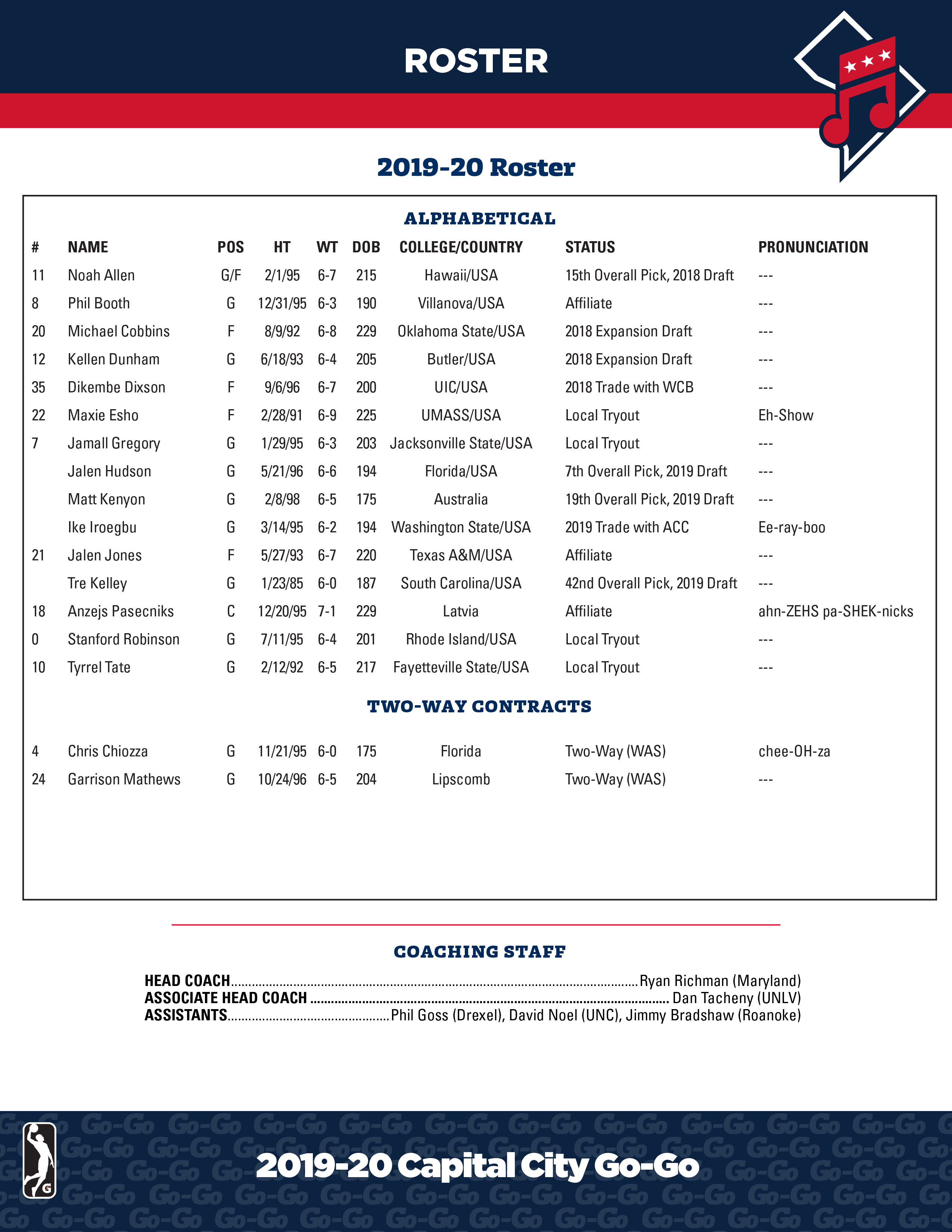